Wildfires are a common occurrence in the South Western United States and much of the area’s biologic systems are a result of fire, flood, and regeneration cycles of plant communities. On average, first-year post-fire watershed sediment yield is 35 times greater than comparable unburned levels. This accelerated erosion can cause site degradation and threatens life, property, and infrastructure. To reduce undesirable consequences of post-fire accelerated erosion a program of slope and stream channel erosion and sediment control measures should be considered. Remediation should not be pursued in all areas affected by the fires. Not only are the costs prohibitive, but natural regeneration typically occurs at a better rate than a human effort to augment it. Typically less than 2% of the land area affected by fire should receive Sediment and Erosion Control treatments. A common approach is to weigh the likelihood of hazards against the severity of its impact, to determine which sites have highest priority for mitigation. Historically, most high priority sites occurred very close to human populations.  The pictures and quotes below come from a post fire restoration project after the San Bernardino fires of late 2007. 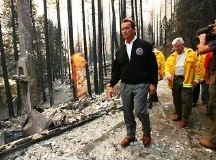 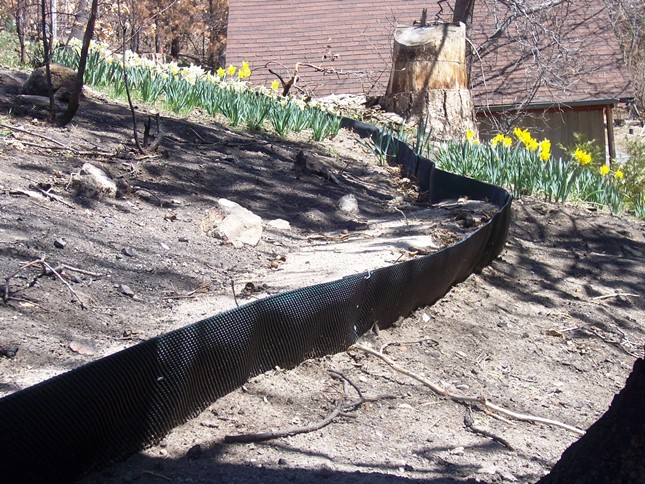 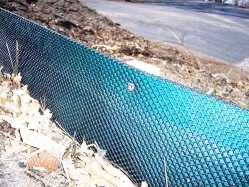 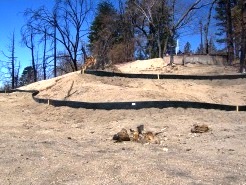 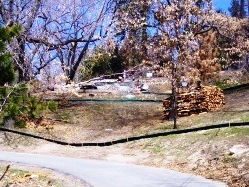 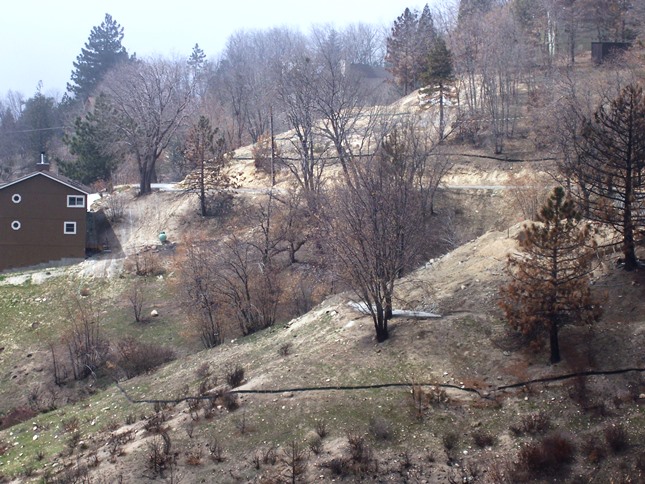 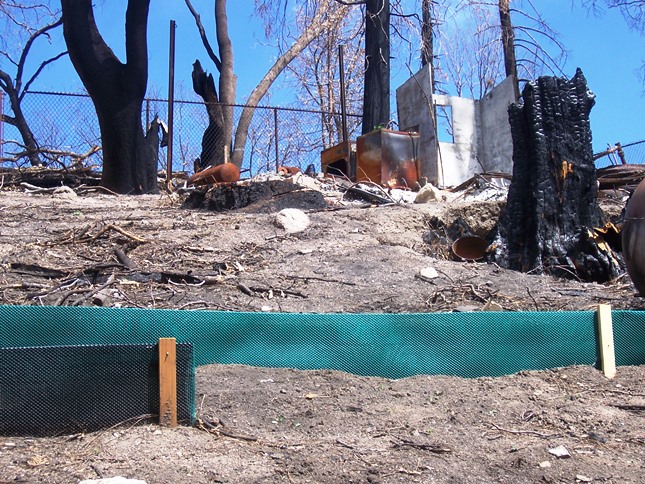 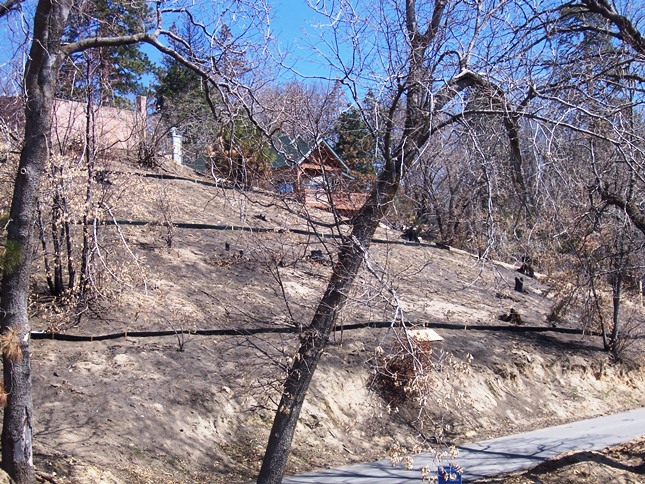 10” S-Fence was trenched 3 inches.  Staked in areas where concentrated flow is expected.  Overlapped segments are fastened with small hog rings and fastened to stakes with drywall screws.  Project duration: November 2007 through March 2009.  As home owners stabilized their lots, ERTEC was removed and relocated.  “Approximately 50,000 feet of ERTEC was originally purchased and was used multiple times.  The total footage installed was 220,000 feet.  On average, the material was removed as home owners stabilized their lots and reinstalled about 4 times to new locations.   As the project comes to a close, the county is storing the material for future use.” – Mike Alberson, Senior Environmental Engineer 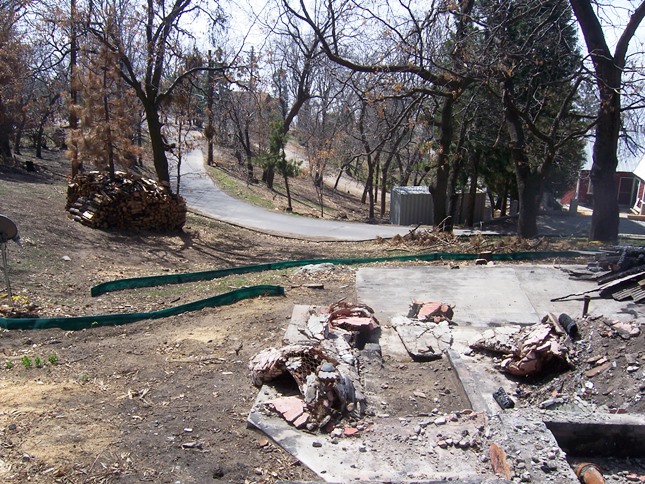 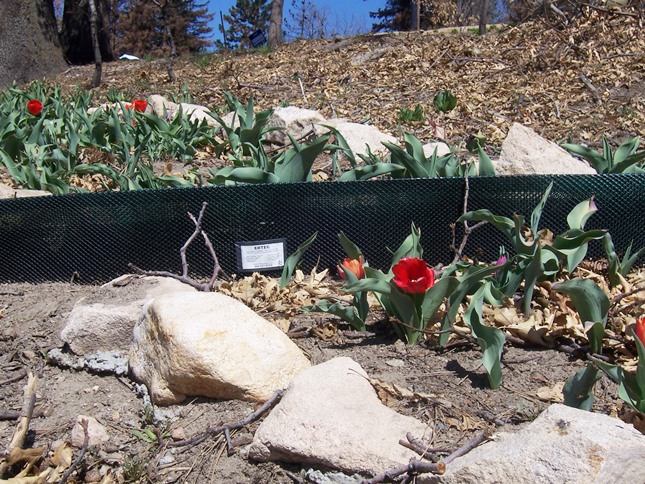 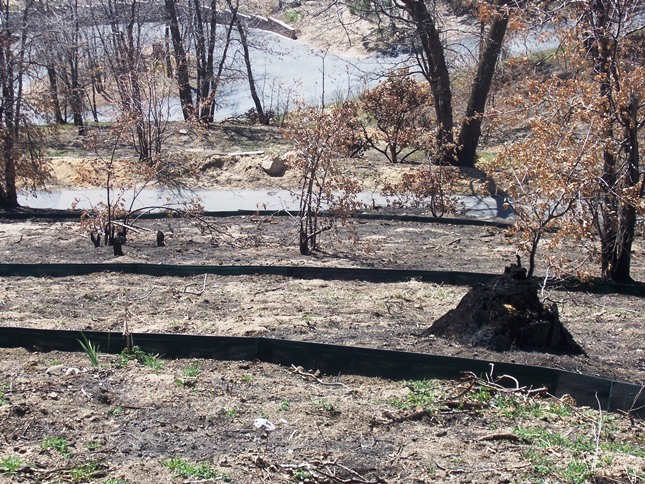 “The favorable aspects to ERTEC’s products are three-fold:  they will provide long term soil stabilization until vegetation can return which, in this area, can be more than one growing season. They are lightweight and compact—much less labor and transportation logistics required to install in these remote spots.  And thirdly—because they allow water to flow through, we have had very little undercutting and maintenance which is common to wattles and silt fence.”  – Mike Alberson 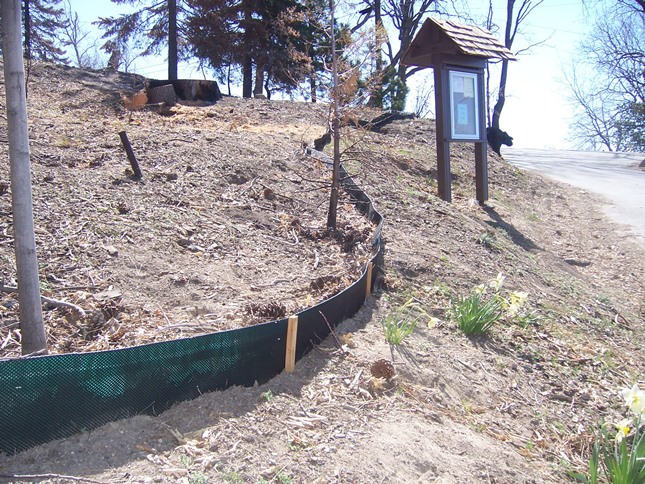 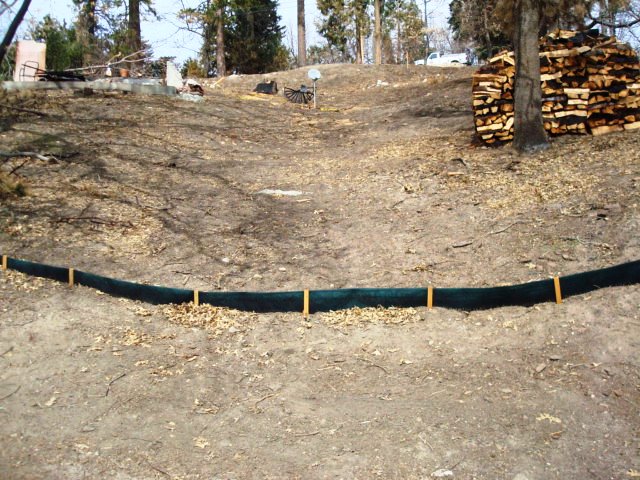 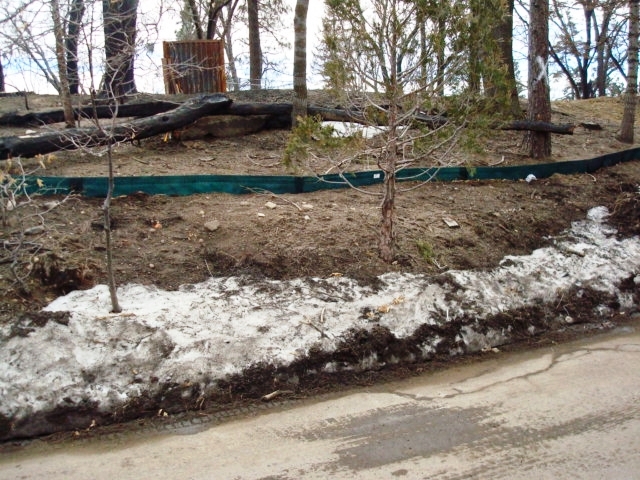